Home » Reflections of a Pacific Feminist

Reflections of a Pacific Feminist 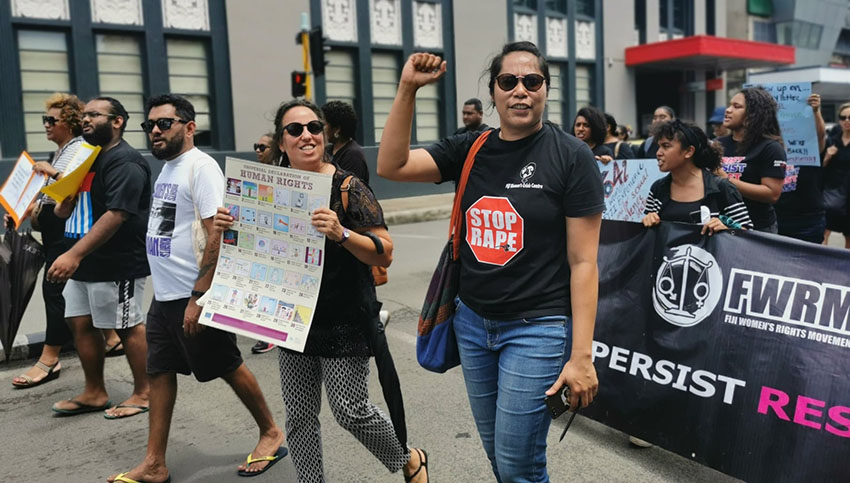 Was mum a feminist?
My mother, worked as a telephonist from the early 1980s. As one entered the foyer of the Fiji Times, she was the beautiful woman, sitting to the left of the reception.

She loved to put flowers in her hair and had the most beautiful smile. The Fiji Time celebrated its 150th Anniversary in 2019.

Facebook allows one to read different reflections and stories about the Fiji Time’s staff. I was thrilled to come across a little anecdote about mum speaking out and caring for the people that she worked with. My Mum was one of the most influential person in my life and I did grow up with a feminist.

Mum would not have used this term but in essence she was a feminist. Mum always voiced out her opinions on unfair practices and she also spoke out in support of women having a voice.

Mum along with Dad supported our education and encouraged our learning. They both fostered a sense of community, a sense of purpose and the pursuit of fairness and justice.

Were the Catholic nuns’ feminists?
Last month, I returned to Saint Joseph’s Secondary School, a Catholic girl’s secondary school for the school’s 65th Anniversary. As a past pupil, I reflected on some of my mentors, students, teachers at the school.

The Catholic nuns immediately sprung to mind. The nuns were a strong influence in my life. They worked as a collective, they were involved in educating young women and they were committed to community service.

I think that being taught at the school encouraged this spirit of duty, of community and of leadership. However, I don’t think that the nuns would label themselves as feminists at that time.

As I gazed into the grotto (outdoor shrine for worship) across the school grounds, I recalled as a 15-year-old, a feminist lawyer activist, coming to share her personal story of being a young lawyer and feminist. She spoke out against sexual harassment and the use of law to challenge inequality.

This was in 1983 and globally this was around the period of the second wave of Feminism. A focus in the area of workplace sexuality, family and reproductive rights.

She certainly ignited a flame in me. As a young teenager, growing up in Fiji, this made sense, she was speaking of things that I could relate to. I could identify with walking the streets of Suva and being subjected to cat calling and wolf whistles, and sexist behaviour that would make me angry.

That anger would be the start of turning anger into action. Of moving impressionable young women to be part of the making a difference and contributing to change.

Little did I know, that 12 years later, I would end up working as the Co-ordinator of Fiji Women’s Rights Movement from 1987-2000. I would work closely with women and mentors like Imrana Jalal and Shamima Ali. 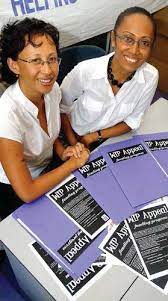 While at FWRM, at one of the Emerging Leaders Program, the iconic leadership training initiatives, one of the talanoa sessions was with Amelia Rokotuivuna, long time YWCA feminist activist. She shared how at the early wave of the feminist movement in Fiji, in the 1960s, with the focus on reproductive and health rights, feminists would be given the negative term of “bra burners”.

The mythical imagery of ‘bra burning feminists’ was the early story of a protest in the 1960s in New Jersey in America where a protest was held against a Miss America pageant. This sparked off an iconic and mythical image of the ‘bra burning feminist’. The idea of the protest was to symbolically throw away things that oppressed women was how Robin Morgan, one of the organisers put it.

Passers-by were invited to join, and one young woman took off her bra, eased it out of her shirt and threw it in the rubbish bin. This gesture made headlines around the world, and secured the protestors a place in history. This imagery would resonate globally even to the corners of Fiji. Amelia’s response to this story was something to that effect and I am paraphrasing ‘What, how can we be bra burners, we can’t afford to burn our bra’.

The Fiji Women’s Crisis Centre and Asia Pacific Forum for Women Law and Development held a Feminist Legal Theory and Practice (FLTP) Training last month. I recalled the first ever FLTP training held in the Pacific was around the late 2004.

I credit the FLTP Program as a critical training in my life. It offered me the framework and structure to work on addressing inequality and discrimination.

While I had a strong value of equality – knowing deep down that I wanted a world where women were treated equally as men, a world where women could dream and pursue their goals and not be hindered by sexist structures and systems, I needed the framework.

The FLTP Program supported this. It enabled a consciousness and an understanding of patriarchy, an introduction to feminist thought, feminist theory and conscientisation accompanied with feminist action.

One activity required us to list down key components of feminist values and principles of what would be in the feminist legal theory and practice framework. We examined closely the principle of conscious action. Taking action in doing something about structural inequality.

Working towards a collective action as feminists and fighting against the patriarchal system.  Where power and privilege are deconstructed and analysed.  The training also allowed me to examine my own privilege, and I am reminded of that constantly, that with privilege comes a responsibility.

Does it matter that one uses the term feminist or not?

This was a conundrum during the first FLTP workshop in the Pacific. When we held the workshop, we titled the workshop “Gender and Human Rights Legal Theory and Practise Training”. At that time, in the late 1990s, we adapted the name because the word “feminist”, might have drawn negative reactions. So, we deployed a deliberate strategy with the title of the workshop. The content was and still is ground-breaking and empowering.

Therefore, I am so happy that latter workshops reverted to the original title.

Deep down, feminism, is indeed the movement of historical, political and social movement centred on the intrinsic belief of political, social, economic and personal equality between men and women.

I am so proud to be a feminist, to be a Pacific feminist and I acknowledge the enormous work of women before me who braved the way towards gender equality.  I end with this beautiful poem by Fiji feminist Camari Serau.

“When women choose the way of freedom

We carry the hope of ALL Women with us

We wear the names of the women who walked before us

We become the stories

Passed down through generations

Of female deities who wielded both fires and floods

Of the blood they aligned to keep our lineages alive ”

One response to “Reflections of a Pacific Feminist”

Crafting Canoes of Change in Fiji

Gender Research and Data – What is lacking and how we can improve this?

An ocean of opportunities, change and resilience – our first Strategic Plan