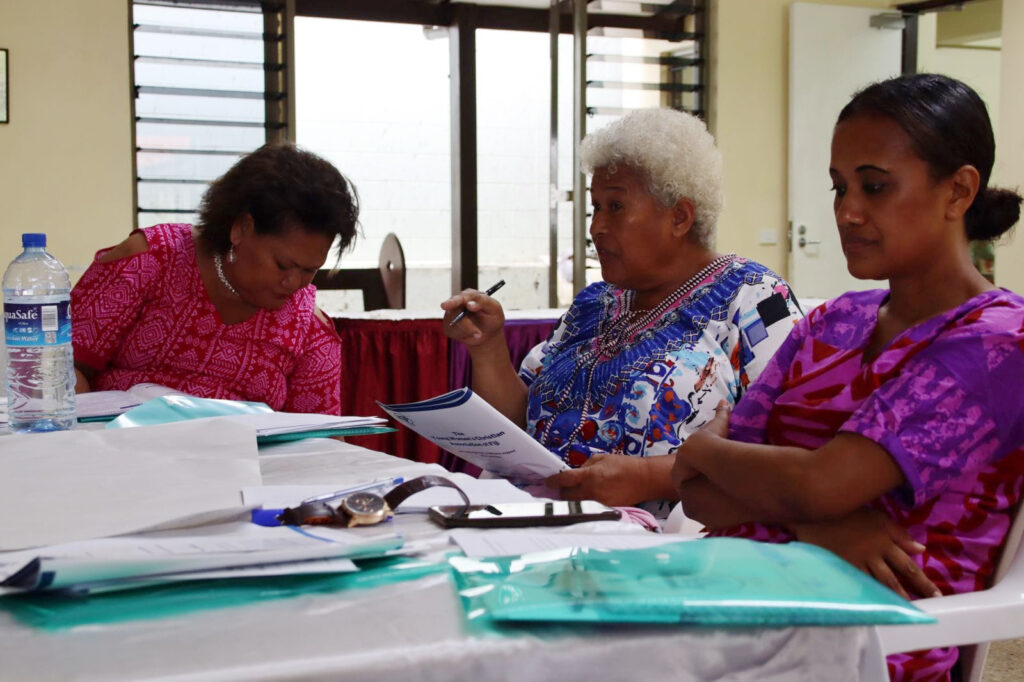 Building on a sixty year legacy the Young Women Christian Association (YWCA) of Fiji, a member of the World YWCA movement is reaffirming a commitment to enable women of all ages, to build a strong intergenerational movement.

As the YWCA Biennial Conference got underway in Suva today representatives of Area Councils were reminded that they are building on the struggle and contributions of grandmothers, mothers and daughters:

“The YWCA globally and right here in Fiji, has chosen to tackle these issues with young women at the very center, reaching out building connection, learning from the women who have gone before us, for sure, but always, always centering on the commitment to the leadership of and by young women. This role is essential” said Tara Chetty, Manager Programs Pacific Women Lead at the Pacific-Community-SPC who spoke at the opening of the Conference which began with an inter-generational consultation and workshop.

Members also heard from the World YWCA General Secretary Casey Harden who set the scene for the consultation with a focus on the YWCA movement’s 2035 goal:

“Since 1855, you know as World YWCA, we’ve championed women’s rights issues, and we’ve been at the forefront of the world’s human rights agenda. It’s not new work for us. We have made some progress, but the enduring patriarchal systems and structural and justices that are largely mandated by global economic systems, they continue to negatively impact women and girls around the world. Sexual and gender-based violence, reproductive domination, war, conflict, poverty, they’re all timeless tools that for the advancement of women. We know women still have less access to basic and higher education, facing greater economic instability than men. And violence against women remains devastatingly pervasive. So these realities, they’re really here and 2022, almost 2023. They call us to build a relevant, dynamic and powerful newly imagined adaptive movement from the love wonderful foundation of our global base and our historic Foundation. And we’re going to do that together. With associations like the YWCA Fiji”

The YWCA leaders from Bua, Lautoka, Levuka and Suva were reminded that they play an important role in localising global goals of their movement including through action-oriented and evidence-based advocacy:

“It’s how can we develop the leadership and collective power of women and girls around the world to achieve that justice, peace, peace, health, human dignity, freedom, sustainable environment, gender equality? How do we do that? And for us, the answer lies in developing strong resources that support leaders like you and us to confront inequity and work to dismantle those systems of oppression, the systems that uphold unjust structures.”

The Biennial Conference which is concludes in Suva on Wednesday with the election of the National Executive Committee (Board).