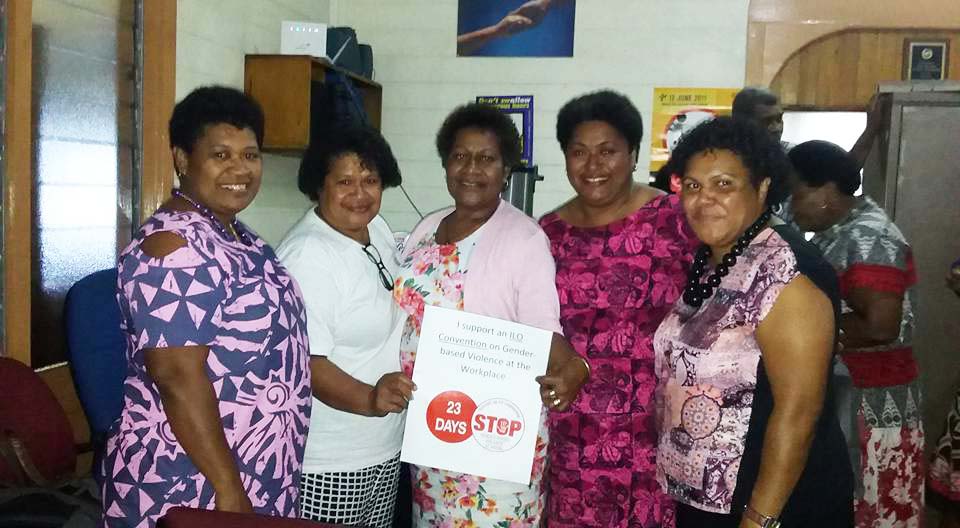 About the Project
Women workers are on a daily basis discriminated against in the workplace by their male colleagues and superiors which affects their overall performance and productivity. Women, in general, are hardly seen as equal partners either at the workplace or within the community, compared to men, although similar tasks are performed by both, especially at the workplace. This discourages women from taking up leadership roles.

A grant from the Fiji Women’s Fund allowed the FTUC to hold a one-day leadership training in March 2019 for women members from within the FTUC Affiliates on Gender Equality at the organizational level. The objective of this training was to promote gender equality through education and training of up to 40 female workers with potential leadership skills within the trade union movement. In this activity, female workers were equipped with the relevant knowledge and strategies of becoming potential leaders and also promoting gender equality within their respective unions/organisations. The Women’s Committee invited speakers from within the trade union fraternity to speak on their role and challenges as female leaders within the movement and also their success stories in overcoming these challenges as Union leaders.

About the Women’s Wing of FTUC
The Women’s Wing of the Fiji Trades Union Congress is an arm of the umbrella organisation FTUC and consists of eight committee members. The Women’s Wing assists other female members of the FTUC affiliates in capacity building; educates women on their rights at the workplace and is responsible for promoting the interest of women workers.