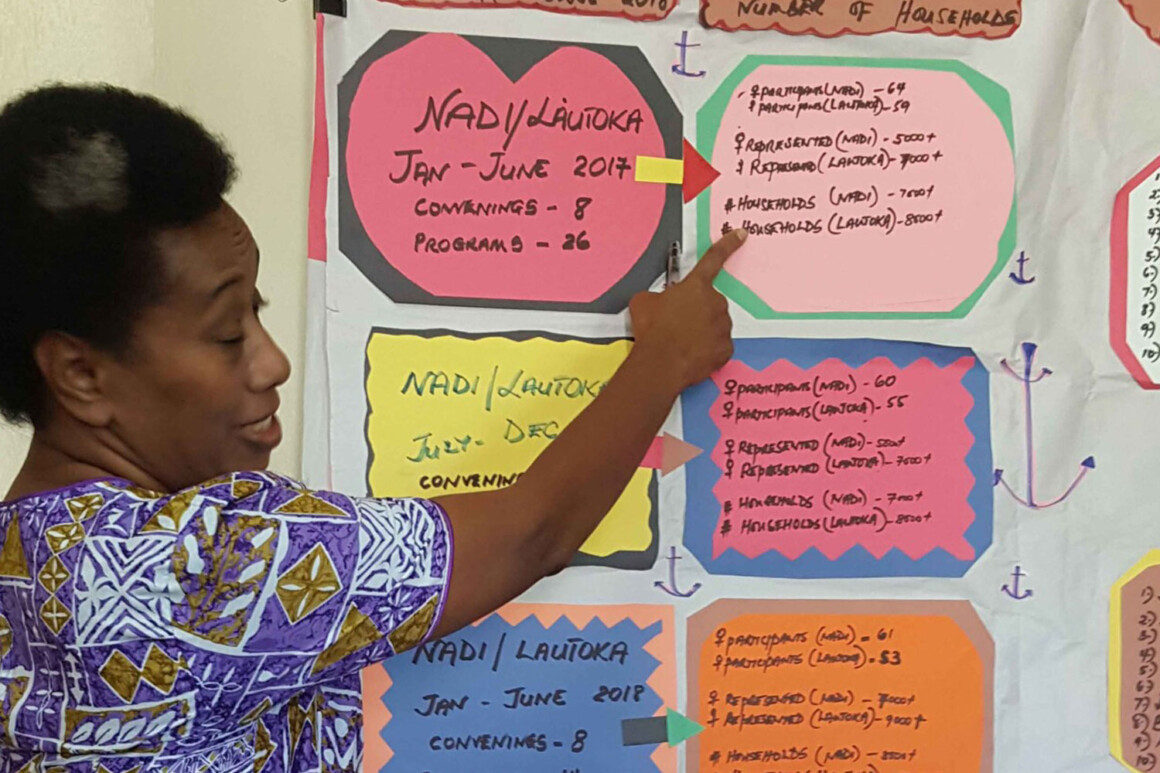 About the Project
Recognising the need for greater visibility of rural women’s leadership, the programme will strengthen a vibrant women-led community media network in the Western and Northern Divisions of Fiji. As a result, the leadership of women of all diversities, particularly women with disabilities, is more visible and garnering increased public and media attention. Furthermore, Rural Women Leaders’ analysis of issues related to, and definitions of, human security are being accounted for in the public policy agenda, contributing to more gender-responsive State policy development and implementation.

As a result of the audience survey on media access and communication trends and priorities, femLINK pacific’s Rural Women Leaders Network and their constituencies will be able to identify the most appropriate and accessible channels to receive information as well as guide content creation through the established community radio management collectives. They will be more informed and empowered, with increased confidence including to develop content for community media broadcasting.

There will also be an increase in the availability of media content from rural centres, produced by young women and linked to efforts of women’s civil society to progress commitments to gender equality in priority sectors such as health, agriculture, and economic empowerment bringing public and media attention to a core group of Rural Women Leaders and the priority issues they are raising because of the community media practice and productions.

Young women producers will have increased knowledge of community media practice and productions, supported through intergenerational learning, which applies their knowledge of gender, media and human rights commitments. This will strengthen their capacity and confidence as community media correspondents to engage with and hold media and governance structures and leadership to account for gender equality commitments.

This will also further sustain and enable femLINK to demonstrate a Pacific women-led Media and ICT model. By generating content, as well as continuing collaboration with media partners who can relay this through a range of media platforms, femLINK is contributing to an increase in media coverage of women’s leadership, including political leadership.

About femLINK pacific
In 2004, Fiji and Pacific’s first women-led ‘suitcase’ radio station was launched by femLINKpacific. femLINKpacific has progressed through institutional strengthening and expanded its reach and impacts through a Rural Women Leaders network. femLINKpacific operates two permanent radio stations in Suva and Labasa, dedicating more than 800 broadcast hours monthly to discuss gender equality, peace and human security related issues. femLINKpacific supports a network of diverse women leaders in 13 geographical centres with a dedicated team of community-based conveners and correspondents as well as the Suva and Labasa community mediacentres. femLINKpacific adopts a community media approach from district to national consultations and produces media and communications products such as the HEROWINS comic book; a ‘Radio with Pictures’ television series in partnership with Fiji Television and Women’s Human Security first reports.